Chorizo, as we know it today, was born in the seventeenth century with the arrival of paprika in Spain from America, a spice that gives it its characteristic reddish colour and spicy flavour. Previously, the chorizo ​​had a black or white hue depending on whether it had blood or not.

Fire and salt are essential for any type of sausage as they allow the long-lasting conservation of the meat, and can be consumed months after slaughter.

While hunting, King Carlos IV, met a choricero (a person who makes chorizo) ​​who offered him a sausage that he took from his saddlebags. The monarch liked it so much that he named him official supplier of the Royal House. This anecdote was immortalised by Bayeu, Goya’s brother-in-law, in a tapestry called El choricero José Rico, de Candelario (The chorizo man José Rico, from Candelario). 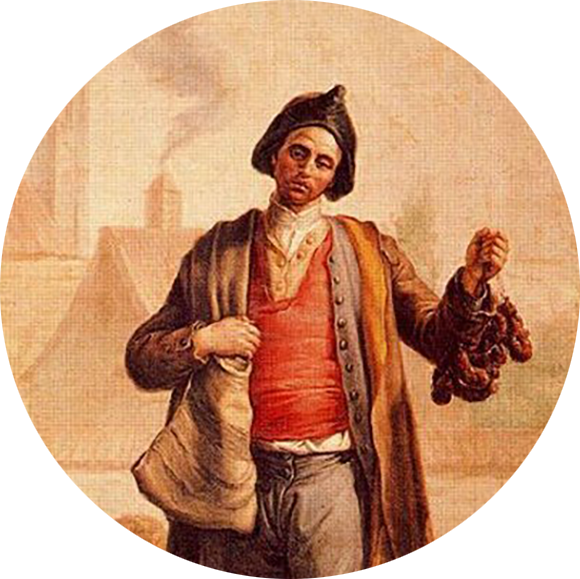 The slaughter of the pig is one of the most deeply-rooted gastronomic and cultural traditions in Spain, a ritual in which families obtained meat and sausages for the whole year. Even today, in many parts of Spanish territory, the slaughter continues to be carried out in the traditional way.

There are as many recipes as there are chorizos, but what they all have in common are the main ingredients: pork meat and bacon, paprika, garlic, and salt.

The spices are varied; In fact, it’s not just one that permeates the aroma so characteristic of chorizo, but it is the sum of several scents, among which are garlic, pepper, cumin, bay leaf, thyme, onion, paprika, or oregano. 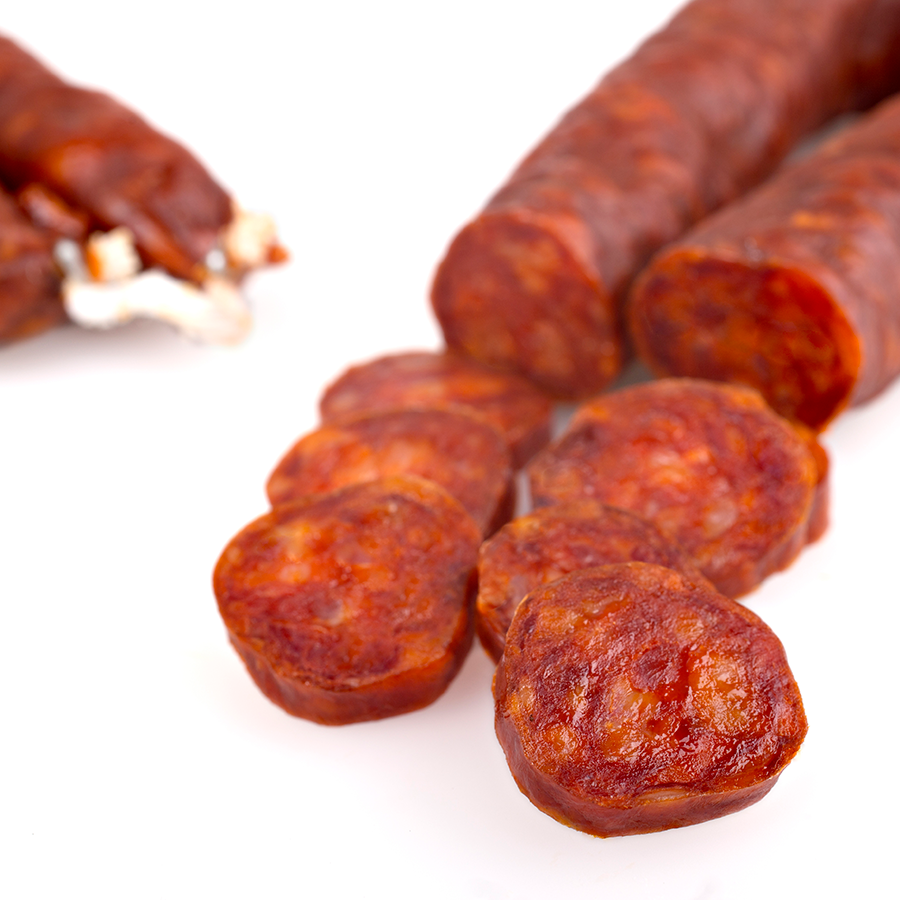 A single piece that is tied with a string at the end so that it can be hung up; hence it has a characteristic horseshoe shape. With an intense flavour, this chorizo ​​can be eaten raw, without cooking, since its curing is usually perfect. 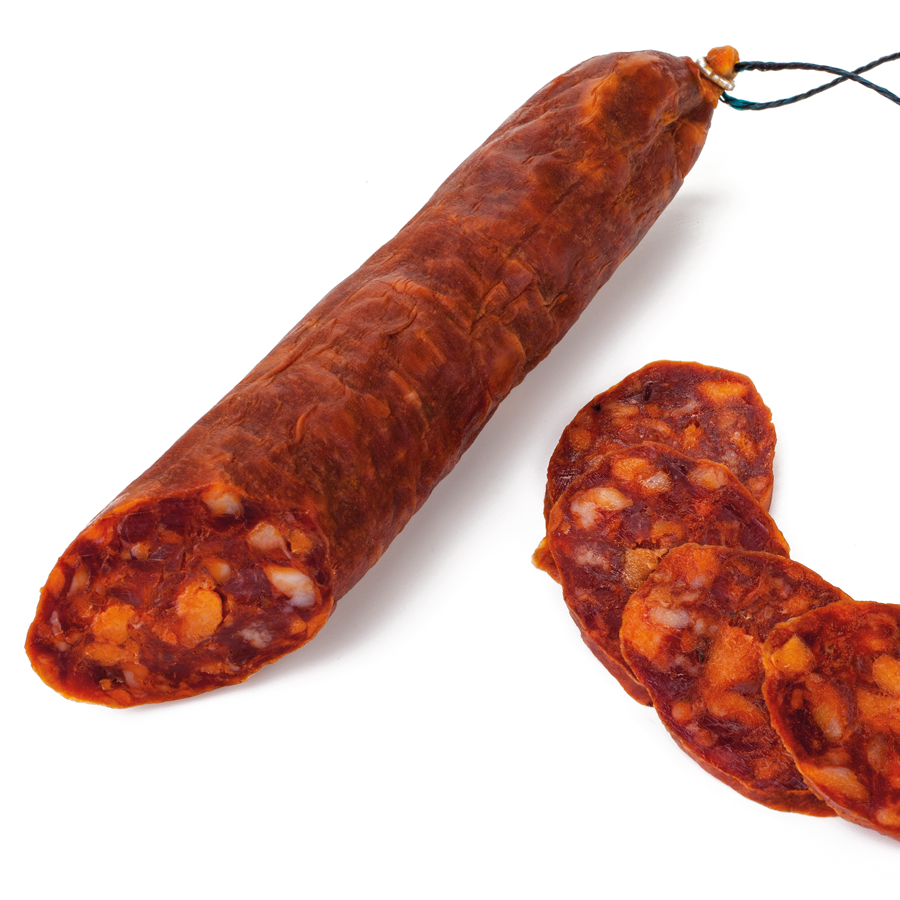 A straight and not very wide piece – between three and four centimeters in diameter – that is usually about 40cm long shaped like a candle, hence its name. It is not usually cooked and is eaten from boards, as tapas, and in sandwiches for example. 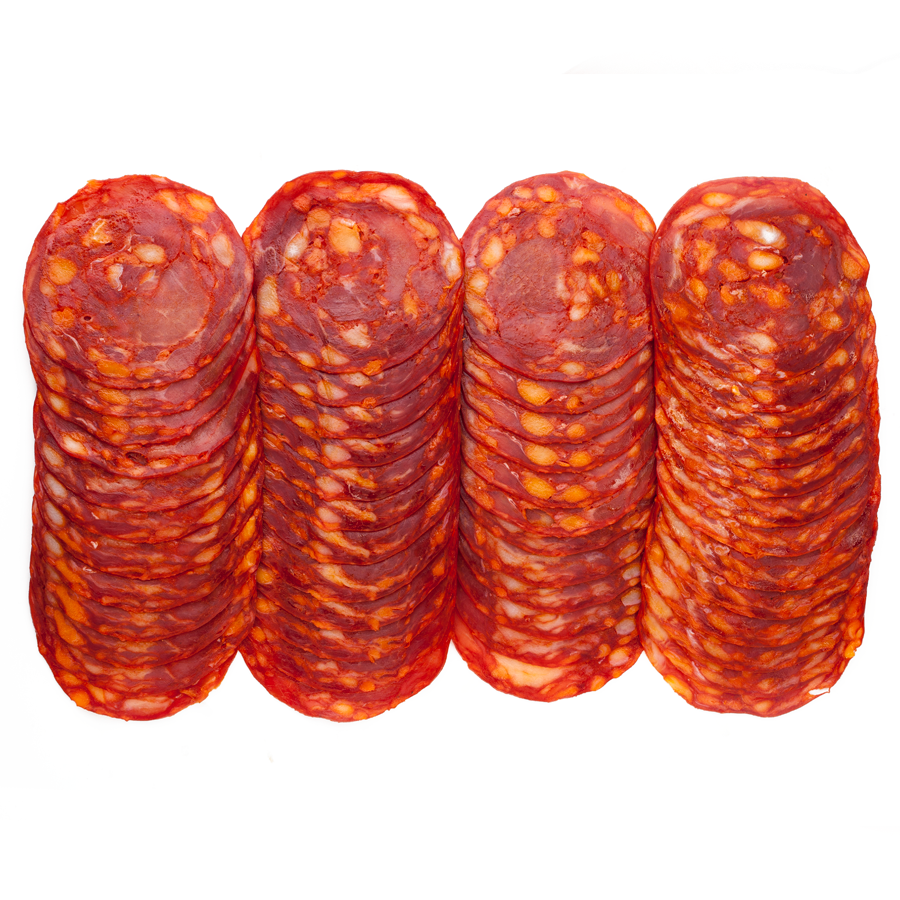 Easy to buy because the different types of white, duroc, or Iberian pork chorizo ​​are available pre-sliced. It is usually made from a vela, cular, or another chorizo ​​created in a similar way in order to be sliced ​​thicker with a larger diameter. This sliced chorizo has a good amount of curing too. 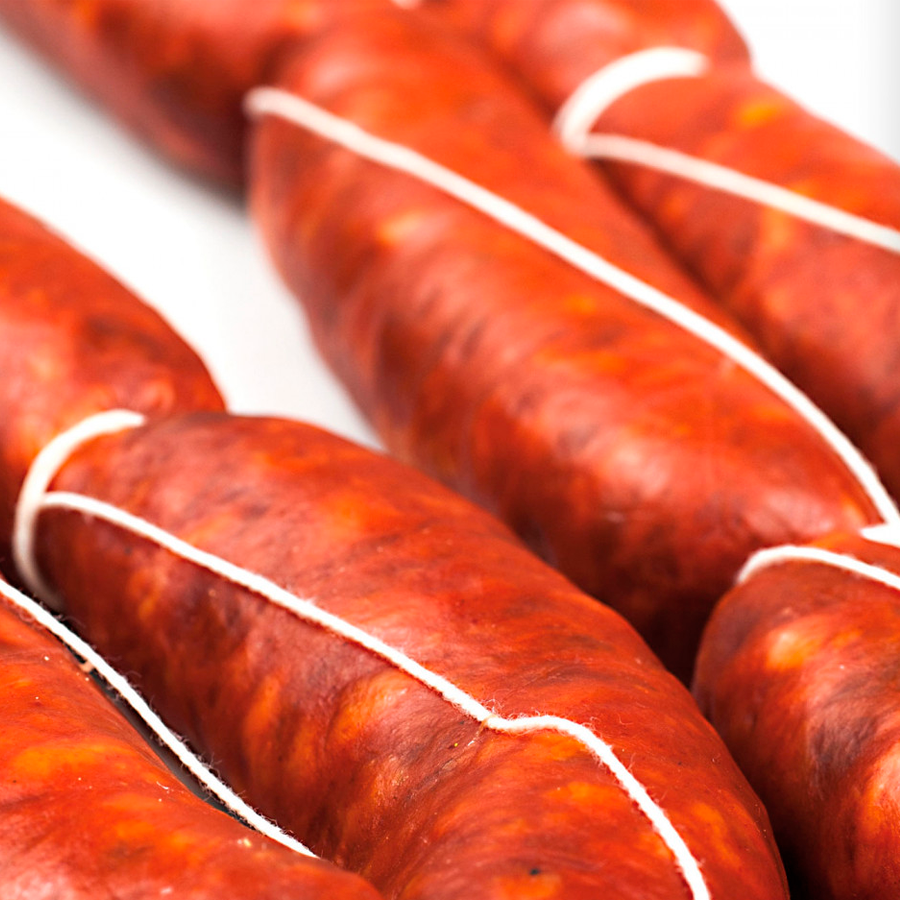 Small in size, well cured, and with an unmatched intense colour, it is perfect to use when cooking; although it is easy to cut, it can also be added whole to stews as it adds a very special texture and touch to what we are cooking. 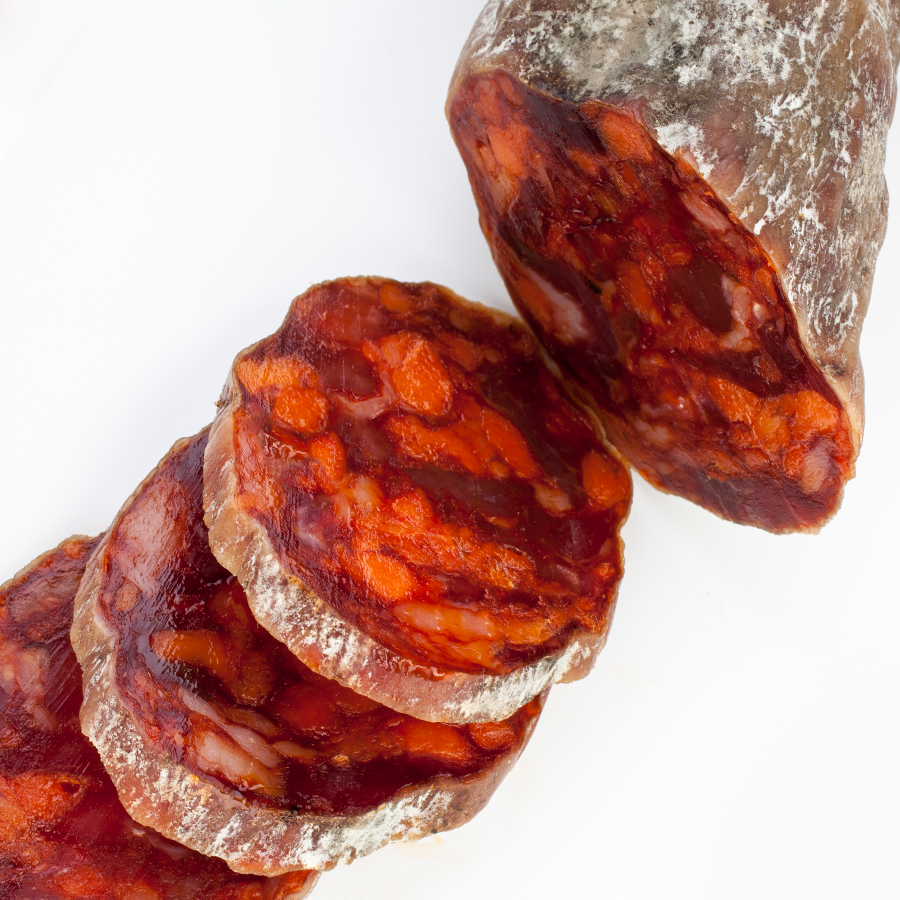 It follows the same production method as the white layer pork or duroc chorizos so that it can be marked with the Consortium seal, and the raw materials must come from 100% Iberian pigs. It is sold cured and is presented in slices, shaped like a candle or a horseshoe. 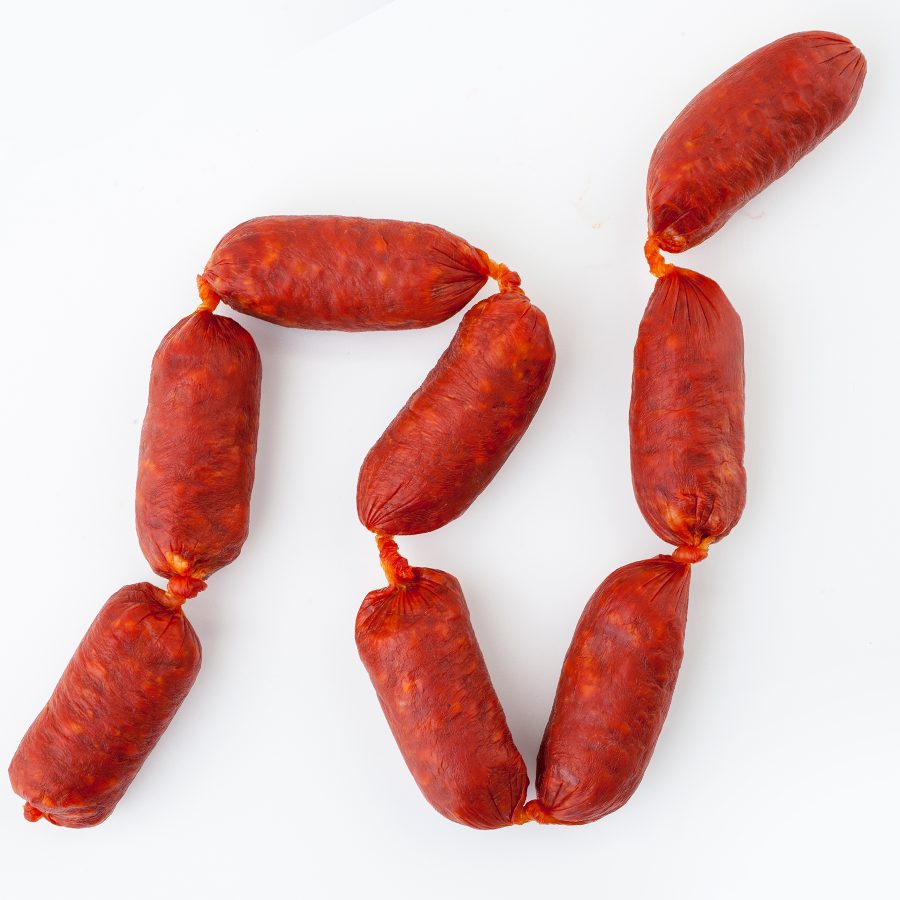 Chorizo on a string. It is made from a gut and then tied off by dividing it with a string, forming a row of smaller sausages. Generally, this type of chorizo ​​is ideal for grilling and barbecuing because when eaten raw it is very soft and oily.